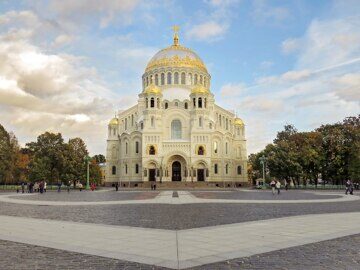 Kronshtadt managed to become a birthplace of Russian Navy and radio for a relatively small period of time. More than 300 scientific discoveries and inventions were made in Kronshtadt. Plenty of things in the history occurred for the first time in the town: the first in Russia dry dock was constructed, the first heart operation in Russia was held in the naval hospital, the first water chlorination was used, the first trials of submarines were put here as well and other amazing facts took place in the town. It is Kronshtadt where Russian sailors set off on round-the-world trips from and Russian fleet went to military expedition from the place… And what about famous forts? During two centuries the fortress and fortification constructions were erected around Kotlin Island on which Kronshtadt is situated. That made the capital of the Empire unassailable. In fact, no shot was heard from the fortress for its 300 year history for the enemy could not reach the town so closely. The forts held all the line. Kronshtadt is one of few towns of the world that was never conquered. Nowadays the town is surrounded by 23 forts, 17 of which are offshore in the Gulf of Finland. The most famous and attractive of them are Alexander I (Chumny), Konstantin and Miljutin. These forts one can visit himself or together with the excursion group.

The island position and nearness to Petersburg determined the whole three century history of Kronshtadt and its present day. Severe navy town where the Navy base was located was open for tourist only in 1996. There is a lot to see in Kronshtadt.

The Anchors Square (Jakornaja) is a heart of the town. The glorious naval commander, Vice-Admiral Makarov in bronze meets you here set over a steep wave. A memorial of Eternal fire is close to the monument and is installed to commemorate the victims of the Kronshtadt Rebellion in 1921.

The most distinguished spot for tourists and pilgrims is the Naval Cathedral in the name of Saint Nicholas the Wonderworker. This third biggest in Russia cathedral celebrated its 100 year anniversary in 2013: it was completely renovated and re-consecrated. The cathedral has a reputation for its precious architecture, spiritual heritage and complicated history. 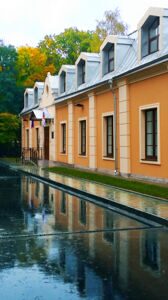 Within easy reach by the cathedral the History Kronshtadt Museum is situated (Jakornaja ploshschad 2a). You can deeply dive into a heroic history of the town – from Peter's epoch to present. The museum's researchers will tell you how the Baltic undefeatable citadel was created – Kronshtadt fortress and surrounding forts. They will name dozens of people managed to bring glory not only to Kronshtadt but to the whole Russia. The exposition of marine archeology of the History Kronshtadt museum (Leningradskaya str. 2) is located in a kilometer from the Anchors Square at the eastern part of the island. It is displayed in an old water pipe tower built in 1836. Shipwrecks, marine household items from the bottom of the Baltic Sea are exposed here. The museum carries a meticulous work at the investigation of shipwrecks and carefully keeps history artifacts.

Take an opportunity and visit a memorial flat-museum of St.John of Kronshtadt (Posadskaya str. 21). Father John served 53 years at the St.Andrew Cathedral (does not exist now) and deserved loving memory all over the world. Thousands of pilgrims come to Kronshtadt annually and visit these holy places.

Kronshtadt itself is a town-monument, history is at every step of the way. Plenty of unique architectural landmarks, more than 300 monuments and memorial tablets, battleships in its harbors, beautiful parks attract tourists all over the world every year! 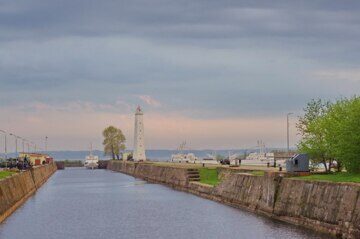 Today Kronshtadt is rapidly developing tourist centre – there are about two dozens of cafes suited any taste, convenient transport connection, picturesque architecture ensembles and piers the images of which deserve to become a jewel of your photo collection. The tow could be explored rather fast, within a couple of hours, and it is impossible to get lost here – all the streets are straight with a regular plan.

Besides historical landmarks you can see also contemporary ones: amateurs of such art can appreciate amusing art objects of Ecological Art Festival Kronfest. They are displayed in the museum's park (Leningradskaya str. 2). Entertaining figures made from dump stuff won't leave you indifferent. 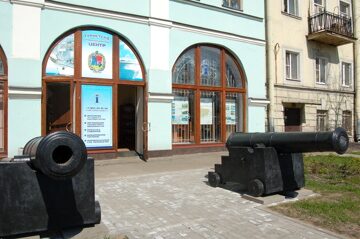 Planning your trip to Kronshtadt we recommend you to take a look at a web-site of the History Kronshtadt Museum where you will find all information to be ready for an individual visit to the island. And you can book an excursion around the town at Information Cultural Centre. Welcome to Kronshtadt!